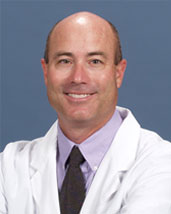 Kelly McConville is an experienced and qualified acupuncturist. He developed his interest in Oriental medicine and Asian philosophy while completing his Undergraduate degree in Business Administration at Oregon State University, and his Masters degree in Economics at San Diego State University. In his previous career, Kelly was a Corporate Bank Officer.

While a resident of Ramona, California, Kelly opened his office there in 1996. Kelly and his family moved to Poway in 2002, and he then relocated his office there. He primarily treats patients from Poway, Rancho Bernardo, Scripps Ranch, Julian, and the surrounding communities.

Kelly continues to develop and enhance his skills as an acupuncturist.  Kelly is a senior student of Dr. Wei Chih Young, an original disciple of Master Tung. The Tung family method, used by hundreds of years in China and Taiwan, is favored by its use of only a few needles, quick and lasting pain relief. This method, not taught in schools and not in formalized Chinese medical texts, is gaining popularity in the United States due to its amazing effectiveness. Kelly has had an opportunity to learn this style from different teachers and has assisted in teaching this method to other acupuncturists (click here for more information).

Kelly also has completed advanced studies with Julian Scott, a noted acupuncture pediatrician from England.  Additionally, Kelly has studied and practiced the methods of Dr. Richard Tan and Robert Doane, who use effective variants of the Tung acupuncture style.

In cooperation with a growing referral network of medical doctors, chiropractors, physical therapists, naturopaths and other health professionals, Kelly offers an integrated approach to medical care. He is committed to promoting the long term health of his patients in a caring and effective manner.

For those who desire further information, Kelly is available for public speaking engagements or formal presentations.