The Magic Points of Master Tung 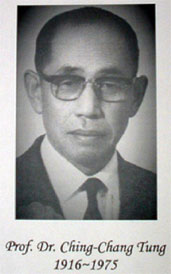 I was fortunate to first learn about this style of acupuncture in 2001. Susan Johnson, who had been using this style for over 15 years (as a student/assistant to acupuncture legend Miriam Lee), began to teach the theory and practical applications. I was one of Susan Johnson’s first formalized students.

At that time, my training in Traditional Chinese Medicine (TCM) had focused on the 365 points of the Fourteen Meridian System, a method that had been standardized by the People’s Republic of China after the Cultural Revolution. This is the system that is taught in nearly all acupuncture schools in the U.S. It is the system that the National Acupuncture Board Exam, as well as the California Board Exam, is based.

The Tung system is profound in that it encompasses not only traditional acupuncture points, but also many new points that are not located on traditional channel pathways. Additionally, the strength and power of these points is such that typically, fewer needles are required.  The results can be “instantaneous”, and the treatment is simple, effective and lasting. For these reasons, this style of acupuncture is gaining more and more attention within the United States. The results are simply amazing.  Master Tung’s system of acupuncture evolved over hundreds of years as a family system handed down through generations.

Master Tung himself treated thousands of patients including soldiers in the Nationalist army. When the Cultural Revolution occurred and the Communists overran the Nationalists, Master Tung fled to Taiwan. He set up his clinic, treating thousands of patients in Taiwan. Additionally, he was known to treat a very large number of poor patients for free. Some of Master Tung’s students report him treating up to 100 people a day.

While Master Tung’s system had been kept secret by family members and refined with each generation, Master Tung decided to reveal his family acupuncture system for the benefit of all patients. He began to teach his system to select students. He had seventy three original students.

Master Tung passed away in 1975. His students continue to promote his style and method and that is how I learned it. Of these original students, there are three in North America. These are Dr. Palden Carson (Canada), Dr. Chuan Min Wang (Chicago), and Dr. Wei Chieh Young (Los Angeles).

Drs. Carson and Young now teach the Tung methods. It was Miriam Lee, however who was first introduced to this system in the 1980’s (by Dr. Wei Chieh Young) and subsequently wrote a book about the Tung system. Susan Johnson, Miriam’s student, continues to teach and share the methods she learned from Miriam.

I have had the good fortune to learn the fundamentals of this system from Susan Johnson.  When Dr. Wei Chieh Young began to formally teach Tung applications in Los Angeles,   I was one of his initial students. The depth and breadth of this medicine is profound and the continual learning is always evolving into deeper levels of understanding between man, nature, health and Chinese Medicine.